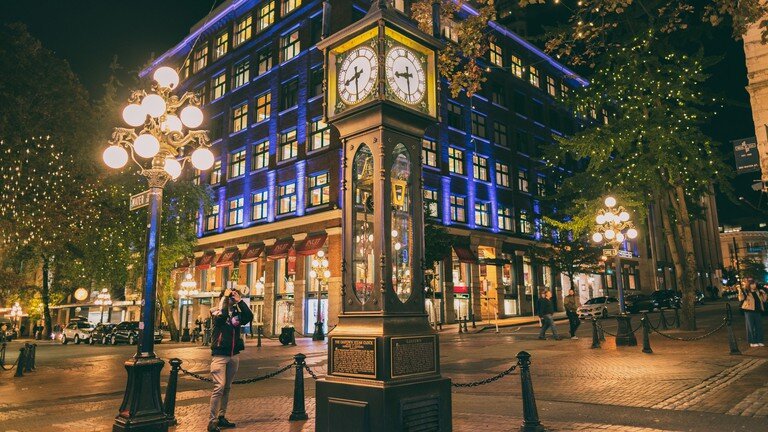 Gastown is where Vancouver began — and is Vancouver’s first downtown core. It is named after ‘Gassy’ Jack Deighton who arrived in 1867 to open a saloon. It is also a national historic site. Gastown is known for being one of the coolest neighbourhoods in Vancouver. It’s of the only neighbourhoods that offer the old and converted heritage buildings that people tend to love (which are popular in New York or other cities with rich history. There are many brick warehouse conversions that are now unique loft buildings and offices for various businesses, many of them in the tech industry.

The main types of real estate are lofts in converted brick warehouse buildings. There are also lofts in brand new loft buildings where the original buildings’ facades were restored and integrated into the developments. In the conversions, many of the original details — such as big wood beams and concrete or solid wood flooring — were restored. The new builds tend to be very sleek, modern, and high end.

The vibe in Gastown is busy, artsy, cool, high energy, touristy, and young. Several high-end furniture and design stores are in the neighbourhood, as well as many small, unique clothing stores catering to young and artsy shoppers. Gastown does not cater to the masses. Instead, it tends to cater to those with more unique and refined tastes.

While this is not necessarily a sentiment we agree with, many homebuyers see the high concentration of homeless citizens in the area to be the main downside to Gastown. Many home buyers feel saddened and helpless to see others in such unfortunate circumstances. Also, Gastown is in the corner of Downtown so it does not offer the most convenient of locations here.

What is the short and long term future of the area?

Long time residents of Gastown note that the area has evolved over time, but at a pace that is much slower than many of them would have anticipated. This is given how fast Vancouver has grown and evolved. I predict this trend will continue. Hastings Street, between Gore and Clark, will likely undergo a much faster change, with many large developers having already bought up significant amounts of land. While this stretch of Hastings is not part of Gastown, it is worth noting as development from the eastern direction will likely influence the future of Gastown.

Prices tend to be less per square foot than in Downtown’s more popular condo buildings. Prices may be a little more similar per square foot to older freehold buildings in the West End. This is likely due to the fact that while Gastown has the cool vibe noted above, it’s also quite niche. The area is just not perceived as sufficiently comfortable and central for most Downtown condo buyers.